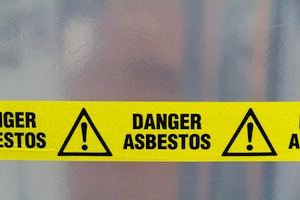 Asbestos-related claims have been the subject of lawsuits for well over thirty years. The victims are primarily workers in refineries, power plants, factories, and industrial sites where asbestos-containing products were produced, installed, or removed, and at construction sites where fireproofing sprays, drywall products, and other asbestos-containing products existed or presently exist. Exposure to airborne asbestos is known to cause diseases of the respiratory system including pleural plaques, pleural calcification, asbestosis, restrictive lung disease, lung cancer, gastrointestinal cancers, and the signal tumor, mesothelioma.

As many as 21 million workers have been exposed to asbestos in their work places over the past half-century. There are currently thousands of new cases of asbestos-related disease diagnosed every year. By 2020, the Center for Disease Control (CDC) estimates that there will be hundreds of thousands of more cases diagnosed. Asbestos diseases have a latency period of 15 to 50 years from the first exposure to asbestos. Unfortunately, that means that if you worked around asbestos 30 or 40 years ago, you could be developing asbestosis, lung cancer, or mesothelioma now.

According to internal documents dating back decades, the manufacturers and distributors of asbestos-containing products have known about the dangers of the products they sold, installed, and removed from various work sites throughout the country. Hundreds of thousands of lawsuits have been filed against those companies responsible for making, selling, and installing products containing asbestos. The theories of liability in asbestos cases include negligence, strict liability, design defect, failure to warn, and breach of warranty.

In 1973, a U.S. Court of Appeals decision in Borel v. Fireboard Corporation set the stage for successful asbestos litigation holding asbestos product manufacturers strictly liable for asbestos-related diseases. This gave rise to a wave of litigation allowing those harmed by exposure to asbestos to recover damages from asbestos manufacturers who failed to give adequate warnings about the dangers of using their products.

Finally, in a landmark case, Bell v. Dresser Industries, Inc., five employees of an asbestos products manufacturer sued their employer and its asbestos supplier for damages. Two of the plaintiffs died of asbestos-related causes prior to the jury verdict, which awarded the plaintiffs $130 million in total damages.

Due to the large volume of claims, many asbestos-related businesses have sought bankruptcy protection. Courts, however, have required these companies to reorganize and establish settlement trusts to insure that asbestos victims are, at least in part, compensated. In the late 1980’s, major asbestos products manufacturers began to reach settlement agreements that set aside large payments to existing plaintiffs and creating trusts from which to pay future plaintiffs. The first such trust, the Manville Trust, was set up in 1988 and has paid over $3 billion to about 500,000 people injured by asbestos or their beneficiaries. Many other companies have followed suit and formed trusts to compensate the victims of asbestos-related disease. In January 2006, USG Corp. reached a settlement to create a $4 billion asbestos claims settlement trust.

If you or a loved one has suffered from Asbestos, The Schupak Law Firm, has the experience and skill necessary to provide you with sound advice on how to protect your legal rights and obtain the maximum compensation allowable under the law. Call us at (703) 491-7070 for a free consultation.