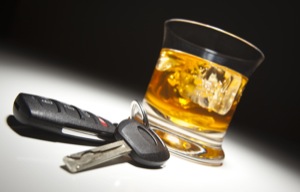 Injury or death caused by a drunk driver is perhaps the most upsetting, anger-provoking of all kinds of personal injury cases. The thought of an innocent victim suffering serious or fatal injury at the hands of an irresponsible individual can evoke outrage among members of the community. At The Schupak Law Firm, we aggressively pursue claims against irresponsible drinkers and the bars, nightclubs, and restaurants that improperly serve them. According to the National Highway Transportation Safety Administration, drunk drivers injured more than 250,000 individuals during 2005. Although the law can never replace a loved one, it does provide means of recovery for victims. Victims can sue the drunk driver under the general laws of negligence, but often the drunk driver is either uninsured or underinsured and has few, if any, assets to support a lawsuit.

Even if there is no way to pursue recovery against the drunk driver, there may be a way to pursue recovery against the person who provided the alcoholic beverage to the drunk driver. In Virginia, vendors of alcoholic beverages are prohibited from selling such beverages to minors and those who appear intoxicated. Va. Code S 4.1-304. However, this law imposes only criminal liability, not civil liability for any violations. In some states, people who serve alcoholic beverages may be liable for damages resulting from the consumption of alcoholic beverages. Liability may be imposed either under specific state laws ("dram shop acts") or under the general law of negligence. Dram shop acts ("dram" was once a common term for "liquor") are laws that impose liability for negligence on the sellers of alcoholic beverages for sales to persons under the legal drinking age or to those who are obviously intoxicated. A liquor store, bar, or restaurant may be responsible for any damages caused by a person's drinking if it sold alcohol to an underage person or to a person who was obviously intoxicated. Under Virginia law, however, an innocent third party does not have a cause of action against a vendor of alcoholic beverages for injuries suffered as a result of the intoxication of the vendor's patron. Williamson v. Old Brogue, Inc., 232 Va. 350 (1986). Neither does a third party injured by an intoxicated person have a cause of action against a vendor of alcoholic beverages who serves a minor who caused the damage. Robinson v. Johnson, 48 Va. Cir. 66 (1999). The presumption of the legislature in enacting this statute is that the intoxicated person is responsible for his own torts.

Liability can attach to "social hosts" as well. A social host is an individual who serves alcoholic beverages in a social setting, such as a home or a party, or as where an employer serves alcoholic beverages at a company. The social host is not required to make sure that no one is consuming more alcohol than they can handle unless the host can reasonably be aware of a problem and prevent it. In Virginia, a person can be held responsible for serving alcohol to a "visibly intoxicated" person of legal drinking age if an injury results from a motor vehicle accident caused by the intoxicated person. Kelley v. Doremus, 38 Va. Cir. 44 (1995).